Some of the most striking images from the 2012 Summer Games are sure to come from the beach volleyball venue at Horse Guards Parade in central London. The sand-spikers will take over a patch of earth surrounded by grand government buildings best known for the annual Trooping of the Colour, where soldiers mark the Queen’s birthday.

Defending Olympic gold medalists Phil Dalhausser and Todd Rogers plan to warm up by playing at a world-famous horse track.

Dalhausser and Rogers are part of a 16-team men’s field in the season-opening event for the National Volleyball League on Friday and Saturday. Men’s and women’s teams competed Friday at Baltimore Beach on the Inner Harbor. Teams that advanced to the semifinals will be part of the infield festival at Pimlico Race Course on Saturday as the day’s card builds to the second jewel of the Triple Crown, the Preakness Stakes.

The juxtaposition may seem odd, but in a phone interview Thursday, Rogers said playing at Pimlico “ranks highly on the scale of coolness.” That needs to be taken seriously, since the 38-year-old has played on some of the most picturesque beaches on the planet.

Dalhausser said Pimlico will definitely rate as one of his top five venues.

“Obviously, we’re kind of a sideshow, but it’ll expose some people to the sport,” he said — and he expects London to take over at No. 1. “The women had a test event there last year, and the American team could not stop talking about what a cool spot it was.”

Rogers and Dalhausser, 32, will defend their title in London in what is almost certainly their last Olympics together. They’ve been the best team in the world since joining forces in 2007, but Rogers, married with two young daughters, said it’s time for him to get off the road. He is leaning toward playing the 2013 season and then pursuing his interest in coaching, tournament promotion or perhaps a business outside the sport, although he said he “can’t imagine being totally out of it.”

Dalhausser said he’ll stick with Rogers until his partner retires. “Dumping him at this point would be a heartless thing to do, and he’s still a great player, so it would be a stupid thing to do on the court as well,” he said.

Both expect this Olympics to be easier to navigate. From the moment Dalhausser and Rogers lined up for the Opening Ceremony in hot, humid Beijing, they found the tournament draining physically and emotionally in a way they couldn’t have expected. They were upset by Latvia in their first match.

“Latvia said they played the best they’d ever played — thanks for having it against us,” Rogers said. “Having the experience of having been there will be key.”

Dalhausser said the rhythm of the Olympic tournament, with off-days between matches, “messed with me,” giving him too much time to stew about what had happened and what was to come. (In league play, teams generally play every day for four straight days if they keep winning.)

“I’m going to be a bit more relaxed this year,” he said. “Whatever we do will be the cherry on top, because we’ve already accomplished our ultimate career goal.” 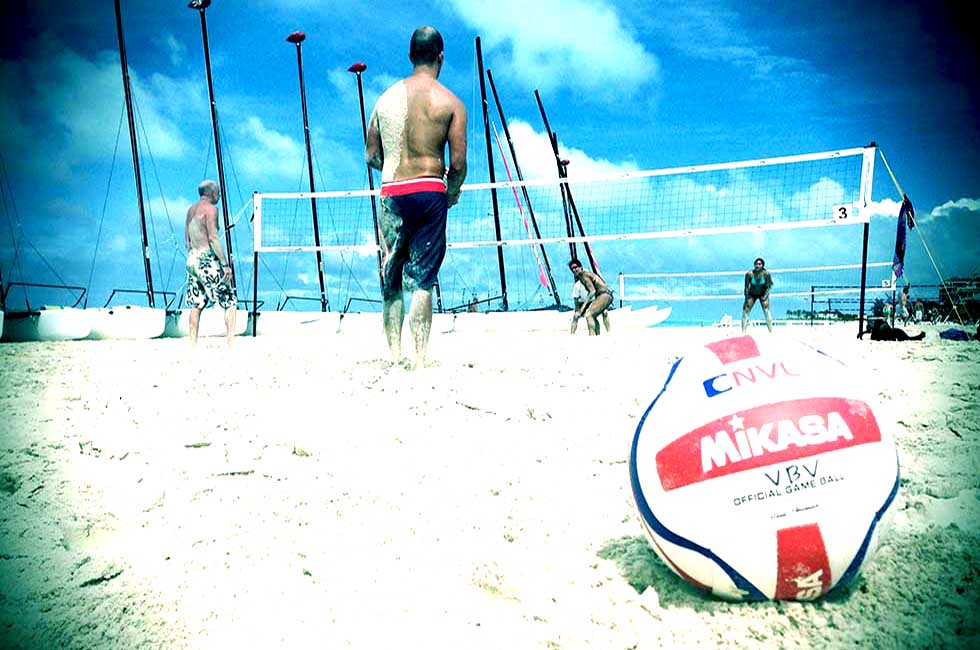