By Tarin KeithAugust 5, 2015Between The Lines, Featured Players

How did you discover your love for volleyball?

Hayes: I started playing volleyball the summer before 7th grade on the sand court in my backyard. My dad coached my 7th grade team and all my club teams throughout high school. My mom also played volleyball in college and so did my younger sister and brother after me, so you could say volleyball kind of runs in my family.

At this point, my high school basketball coach was unsupportive of me playing any sport besides basketball because of my injury. She was mad at me and not very nice about the situation. On the other hand, my club volleyball coach, Leaven Eubank came to visit me in the hospital and is still a friend of mine to this day. I chose volleyball and I never looked back.

What kinds of obstacles did you overcome as a college athlete?

Hayes: When I went to Saint Mary’s, I came in at the same time as another setter. She beat me out my freshman year. I didn’t get to play in any matches, but I still had to show up to practice every day. I worked just as hard, if not harder than everyone else on the team, but I still didn’t get to play. It was the ultimate test of character. Once I realized I wasn’t going to be able to make the starting line-up at Saint Mary’s, I took that drive and motivation and transferred to Cal Poly San Luis Obispo where I became the MVP of my team and lead them to the sweet sixteen of the NCAA tournament my senior year!

Snyder: I began my college career at Arizona State. There were a lot of seniors on the team so I was sitting the bench. I was very arrogant and thought I should be playing. I did not have very good character at the time. It’s kind of embarrassing looking back on it. I was actually heckling my own teammates. I finally got my chance halfway through the season and became one of the starters. It was great but just fueled my attitude. I’m competitive and I wanted to win and we couldn’t get past the Sweet 16, then I decided to transfer to Long Beach State.

It wasn’t until I got to Long Beach that I learned to be humble and supportive. Brian Gimmillaro taught us to let our play do the necessary “trash talking” for us and it was unacceptable to engage the other team through the net. It was nice to not be the jerk on the court anymore and to have respect for other players.

Chelsea, how would you describe Jen in three words?

Jen, how would you describe Chelsea in three words?

What are a few lessons you’ve learned from each other?

Snyder: I’m learning to be patient. Chelsea is a great player and athlete but didn’t have as much experience when we started playing together. Since I’ve been playing for 10 years now, I guess that makes me the veteran! Getting to share that with Chelsea is fun and challenging at the same time. Helping our team with strategy and game planning just adds to our long-term success. Chels and I work well together and have good communication so it’s nice to be able to give and take feedback from your partner.

How has your experience been playing with the NVL?

Hayes: It’s awesome. We are all kind of a family. Everyone supports each other on and off the courts, and truly wants each other to succeed. The atmosphere that AL-B has created for the players has helped to foster this healthy competition.

Snyder: I’ve been playing since the NVL started up and I am so grateful. AL-B has done a great job creating a welcoming environment for all of the players. I think by supporting and promoting the product (players) properly, both the players and the tour will be sustainable. The future of this sport relies on the future generations, which is why I’m glad he has focused on building such strong junior and collegiate programs. #NVLfamily #GrowTheGame

What do you see for the future of the sport?

Hayes: With all of the youth developments, the level of play is getting higher and higher. All of the younger players have experience from the get-go. They are already experienced so they hit the ground running. They are in a completely different world than we were when we started playing.

Snyder: I’m hoping that with all of the work that AL-B and Molly are putting in, we will be viewed and respected similarly to a sport like tennis. We are the number one watched sport during the summer Olympics, but still we are not on ESPN regularly. With beach volleyball becoming a collegiate sport, hopefully it will gain support in that aspect.

Do you have any quotes or mottos that you live by?

Snyder: “Accept that you are and always will be a work in progress.” 🙂 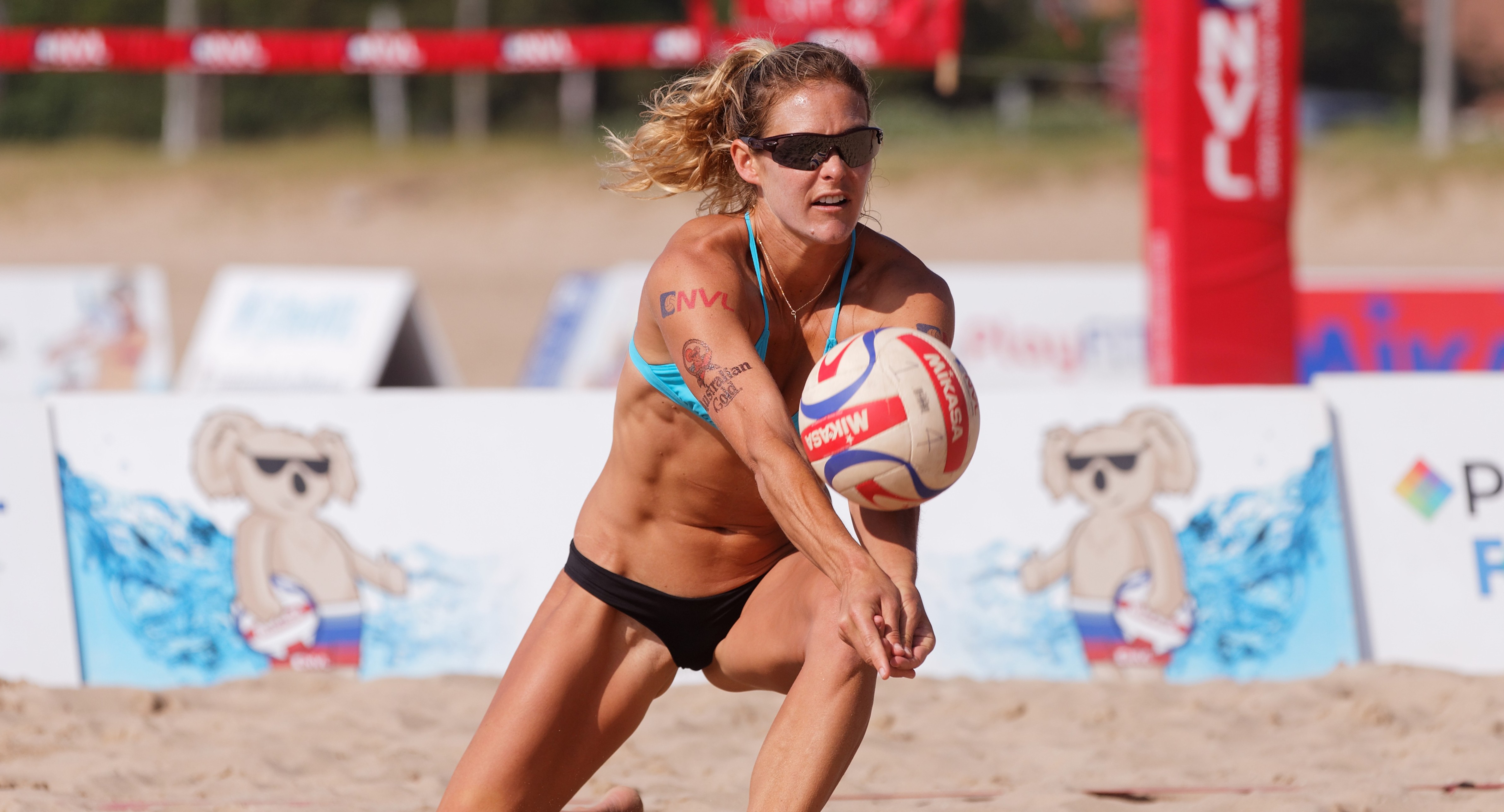