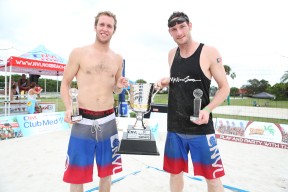 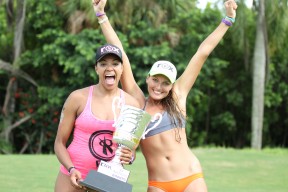 “We want to congratulate all of our pros on an amazing season of high-level competition, and thank them for their commitment to this tour,” said NVL Founder & CEO Albert Hannemann. “This was an important year for the league and we’re excited to build on our success and continue to grow the game at both the pro and junior levels in 2015.”

The Players Championships were held from October 3 – 4 with the top eight men’s and women’s teams competing for a $100,000 prize purse, the largest prize purse of the season. The venue is home to the NVL Club Med Beach Volleyball Academy, the country’s first-ever beach volleyball academy and high performance training center.

“I love how the NVL reaches out to the grassroots. It’s huge for me because I remember what it was like when I was younger and what that would have meant for me,” said Binstock, a 2012 Olympian. “I’m excited to be a part of this league and I know it’s just going to keep growing.”

In conjunction with the pro tournament, the NVL held a VolleyFest fan experience for family, friends, and fans with a weekend full of volleyball festivities.  The league also hosted a free clinic and tournament for the fans and juniors to play alongside and with the NVL pros. Music artist Kelley James, the official voice of the league, performed for players and fans after the men’s and women’s finals at the NVL’s “Saturday Night Lights” beach party.

All matches can be viewed online at the NVL Network.