CINCINNATI, Ohio – The No. 10 seed team of Vivian Cunha & Raquel Goncalves Ferreira and the No. 2 seed American team of Andrew Russell & Travis Schoonover were the women’s and men’s winners, respectively, at the National Volleyball League Midwest Championships. 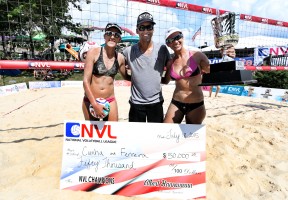 Coming off a finals win at the Milwaukee Championships last weekend, Cunha/Ferreira beat No. 3 seed Kim Hildreth (USA) & Karolina Sowala (POL) 23-21, 21-18 to take home a consecutive title. Cunha/Ferreira dominated their way through the winner’s bracket but faced a tough opponent in the semifinals, winning 19-21, 21-14, 19-17 over Meghan Mannari & Taylor Nyquist, to move into the finals.

The tournament was held at The Beach Waterpark for the third consecutive year from July 16-18 and featured top pro beach volleyball players from around the world competing for a $50,000 prize purse. NVL partners Mikasa and Australian Gold provided giveaways to fans throughout the event. 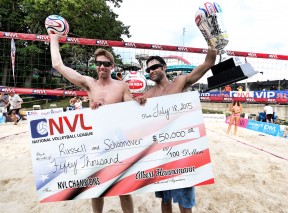 throughout the weekend in Grand Sands, Ohio. Finals were played on the NVL center court and live streamed to fans. The next RIZE tournament will be the Junior Championships Global Challenge Invitational at Club Med NVL Volleyball Academies in Port St. Lucie, Florida from July 31 – August 2. The tournament will kick off with a College-Ready Camp from July 27-30. Teams can register here.

The Midwest Championships center court matches will be available to view free on-demand at the NVL Network. 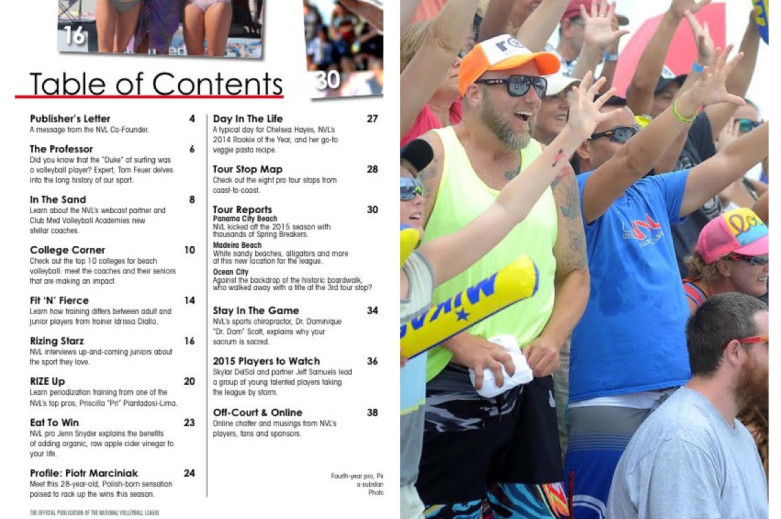