Back in 1895 a gentleman by the name of William G. Morgan, a physical education director at the YMCA, was looking for a game for the older members of the ‘Y’. Taking some aspects from each of basketball, handball and tennis, he designed this to be an indoor sport, to be played by any number of players, that was less rough than the other sports, thus the creation of Volleyball.

The National Volleyball League (NVL) made their Ocean City Maryland debut this last weekend, May 29th – 31st, 2015, and for beach volleyball fans it was a chance to meet and watch some of the best of the best.

The skies were blue, the temperatures in the high 70’s with little wind, and the fans were a roar as the players set, spiked and dove on the soft sands of Ocean City…

What Is Beach Volleyball

In 1920, in Santa Monica California, jetties of sand that were a vacation spot for many, volleyball nets began to appear as a pastime to those that had known the indoor game.  By 1922 many local beach clubs began putting up nets as the game was growing in popularity, in 1924 the first tournaments began.

Paul “Pablo” Johnson, an indoor player of Santa Monica Athletic Club, was waiting for other players to arrive for their scheduled game, and tired of waiting, started playing with the couple other players that had shown up on time.  The game of Beach Volleyball, thanks to “Pablo”, changed forever, and became an Olympic Event in 1996.

From NVL’s About page… “Established in 2010, the NVL is a professional beach volleyball league built by players for all players, united in one mission: to create a sustainable future for pro beach volleyball in the U.S.”

This year the NVL has 8 tournaments around the United States, 3rd event of the 2015 season and the 1st time in Ocean City Maryland.

Says founder and CEO, Albert AL-B Hannemann, “Beach volleyball isn’t what we are, it’s who we are. We play it, we breathe it, we live it. It’s in our soul. We’re driven by a pure passion to grow the game and share our love of the sport and the beach culture with fans across the country.”

Thanks for Supporting NVL Ocean City

Many thanks to all the fans that supported NVL Ocean City…

And, to those that helped the games go smoothly…

And, to all those behind the scenes…

Finally, a thank you to all the sponsors that helped bring NVL Ocean City 2015 to town…

And, to the Town of Ocean City for all your work and support! 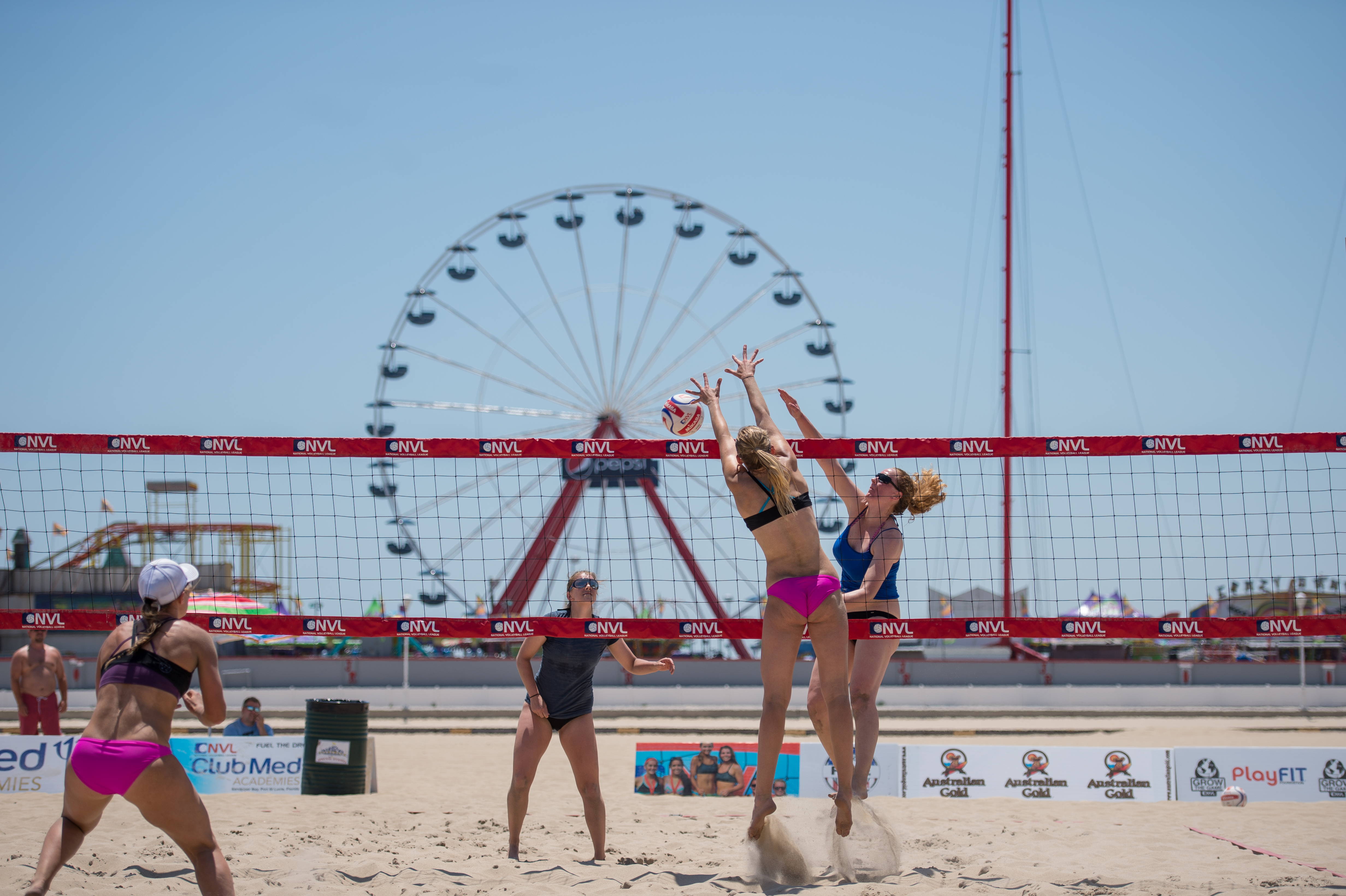