MILWAUKEE, Wisconsin (August 6, 2014) – The National Volleyball League (NVL) continues its founding tradition of partnering with existing lifestyle events to host its 4th pro stop of the 2014 season at the ABC Supply Co. Inc. Wisconsin 250 at Milwaukee IndyFest, August 16 – 17. The IndyFest tournament will feature many of the top pro beach players in the world competing for a prize purse of $25,000 on the racetrack infield with activities for the entire family. Musical artist Kelley James, the official voice of the NVL, will return to perform for fans on the main stage Saturday evening.

“We’re excited to bring beach volleyball to Milwaukee and share this lifestyle with thousands of race fans,” said NVL Founder and CEO, Albert Hannemann. “The atmosphere will be like no other as NVL players battle on the infield while the track hosts promotional events throughout the weekend, concluding with our women’s and men’s finals on Sunday.”

The NVL IndyFest tournament will feature 8 teams in both men’s and women’s competition:

Matches will kick off Friday, August 15 at New Berlin Ale House. The tournament will move to the IndyFest racetrack Saturday, August 16 and Sunday, August 17 where fans will have the opportunity to view competitions while enjoying the surrounding Verizon INDYCAR Fan Village. Tickets may be purchased here.

The tournament will also be live streamed for fans on the NVL Network. Full NVL IndyFest event details can be found here.

The NVL IndyFest tournament is one of six professional events on the NVL calendar in 2014.  The remaining events include: 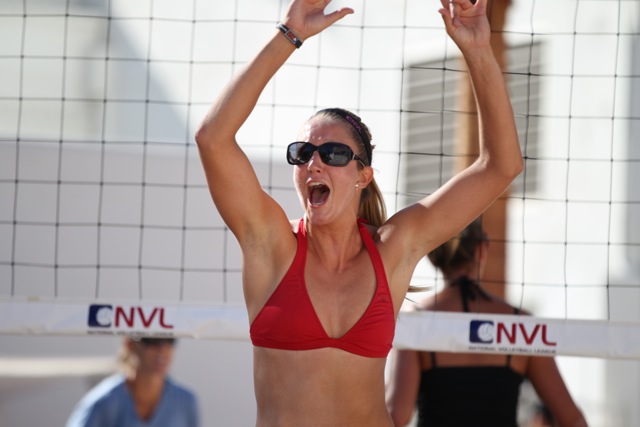