By Dana SeimsNovember 30, 2015Between The Lines, Volleyball Tips 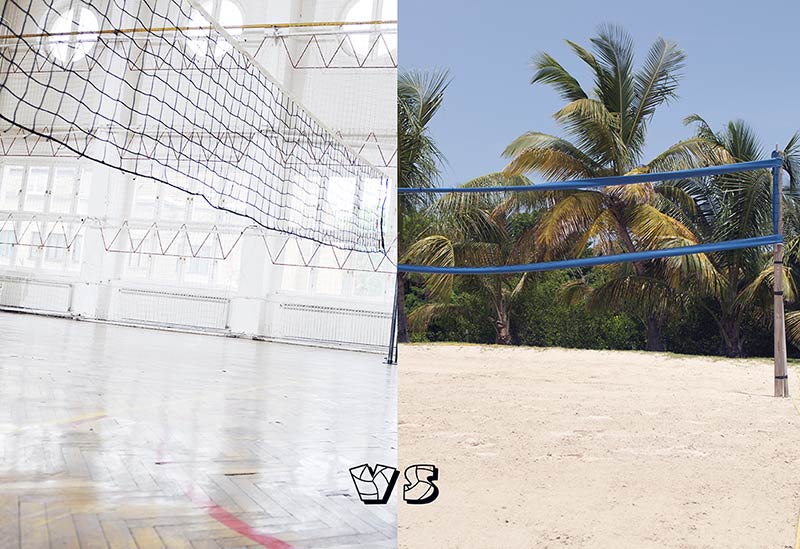 It’s no surprise that many volleyball players switch up their surfaces and environment throughout the season. It’s the sport they love to play-so who cares if it’s indoors or outdoors? However, the transition from indoor to outdoor isn’t as easy as it seems. There are slight differences between the two games, and there are a lot of other elemental factors that many don’t take into account before they step out onto the sand for the first time.

If you are thinking about trading in the hard court for some hot sand, here are some tips to keep in mind as you make the transition from indoor to outdoor.

When you are playing indoor volleyball, a match will consist of five games (or sets), and the first team to reach 25 points wins the set. When a team wins three sets, they win the match. However, if the match goes to the fifth set, it is then only played to fifteen points. While in beach volleyball, each game is played to 21 points and a match will consist of three sets. If the third set is necessary, then the game is also only played to 15 points.

There is a visible size difference between an indoor volleyball court, and a beach volleyball court. Indoor courts measure 18m x 9m, and features a parallel attack line 3m from the center. While beach volleyball courts are smaller (16m x 8m) and has no attack line; this allows a player to hit the ball from anywhere on their side of the court. Having a smaller court is easier on the players (you try running quick lateral sprints in the sand!), and makes for a more entertaining game!

Transition Tip #3: Amount of Players per Side

One of the most apparent differences is the amount of players per side, as beach volleyball is typically played as doubles and indoor volleyball features six players per side. With indoor volleyball every player has a specialized position, and even during the complex rotations and switches, each person remains in their designated position. However, in beach volleyball there are NO specialized positions, as there is a player on the left and another player on the right side of the court. This means players are able to be well-rounded with their skills, as both players are able to block, dig, as well as hit.

The outdoor version of the volleyball is a bit different then it’s indoor counterpart. Outdoor volleyballs are designed with the elements in mind, so they are typically more durable, and are lighter than indoor balls. Another apparent visual difference is that indoor balls are molded. This gives them a more seamless, smooth appearance and makes them more consistent for play. While outdoor balls are stitched together in a way where you can visually see the threads on the ball; this makes the ball better suited for outdoor play because this stitching pattern makes the ball more durable and water resistant.

Realize that there will be minor differences in the way you set, in the way you jump, the way you move in the sand, even your timing will be different! Beach volleyball is a different game than indoor, so DO NOT get frustrated or down on yourself if you can’t compete at the same skill level you typically play at. It will take you some time to get comfortable and familiar with all the differences that sand offers, but it will make you a better volleyball player overall-so don’t give up! 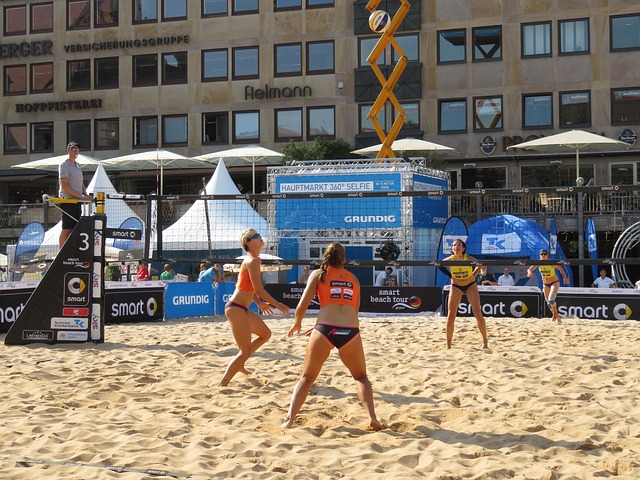